During the summer of 2009, I was working as a divemaster on the Greek island of Santorini. As the season came to an end, I thought to myself: how can I give back to the ocean I love? How can we leave this beautiful place better than how we found it? That year, I launched Cousteau Divers, a non-profit organization focused on empowering those who love the ocean to help study and protect it.

In the past century, we have devastated the world’s fish population by 90%. Every year and everywhere in the ocean, there are less and less fish. Less and less life. As the abundance and diversity of life on the planet vanishes, so do the opportunities for future generations to live with dignity and in harmony with nature.

Why are we destroying nature? Climate change, pollutions, overfishing… they all have the same root cause, and I had to obtain a master’s degree in business administration to understand it: a notion referred to as “externalities”. These are the true environmental and social costs of our economies and we simply do not account for them. There is no metric. We live in complete darkness as to our impacts on each other and on nature. The economic system works like that: the lower your costs, the higher your success. This incentivizes human activity to be as destructive as possible on a systemic level. Many of the most successful people and companies in the world are, de facto, those who have most destroyed it.

Once upon a time, there were few enough people on this planet for us to consider its resources as infinite. If we depleted the resources of one region, we could move on to the next and not think twice about it. Of course, there were always groups of people who cared about the intrinsic value of Life and who strived to live in harmony with nature. They have systematically been supplanted throughout history, by those who do not share such concerns and therefore have the evolutionary advantage of consuming resources faster.

This is a troubling fact about nature. The organisms who use resources and energy faster gain evolutionary advantage. Until they deplete the underlying resource. Then they decline. Which lets the less energetic species catch-up and the underlying resources replenish. And so on and so forth, a balanced cycle of creation and destruction throughout the eons. Humans, however, prey on everything, be it for resource extraction or as collateral damage. This in part explains why we have been so successful evolutionarily speaking. It also explains why we are currently causing the sixth mass extinction, driving species to extinction faster than the meteorite that wiped out the dinosaurs 65 million years ago.

As I’ve mentioned in a previous blog post “The brotherhood of Life”, the absurd belief that nature will recover from whatever we do to it is unfounded: extinction is forever and we must preserve life on this planet for its intrinsic value. What takes millions of years for nature to refine, we squander in decades. Another absurd belief is that our economic system is perfect and self-correcting. It appears that way because the metric we use, money, does not take into account the destruction of order (the entropy), providing an illusion of growth and a trail of extinction.

The conservation of nature is a short-term solution. Protecting enough areas on this planet can ensure the survival of wildlife. However, the very notion of conservation implies that we do not change the way we produce and consume goods and services. If we want to truly live sustainably, we have to integrate the externalities into the economy. Until then, we must protect nature from ourselves.

All of the Marine Protected Areas in the world are top-down political decisions. Since 1992, all of the countries of the world agreed to protect at least 10% of national waters, realizing both the urgency of the situation and the efficiency of the solution. A target that has gone widely unmet and has been constantly pushed back for decades. Each time the target is pushed back, the recommended protected area target surface is increased, because as we delay the protection, we need to protect more in order to safeguard wildlife… time only begins to play in the favor of conservation after the protection comes into force.

Once protection is established and enforced, Marine Protected Areas show amazing results. One study compiling data from over 120 MPAs from all over the world showed that after only five years there was an average increase of 450% in fish biomass and 20% in biodiversity. In all of my diving years, I have only witnessed rich wildlife inside well enforced MPAs or uninhabited regions.

Back to Santorini. Shortly after setting up Cousteau Divers, I reached out to an expert on Marine Protected Areas, Enric Sala, to help evaluate the feasibility and pertinence of creating a sanctuary in Santorini. Together with Sylvaine Giakoumi, we wrote up a concept paper explaining the project. Thanks to Alexander Reichardt, I later met with Ms. Nikki Goulandris, a visionary woman who has dedicated her life to social and environmental causes in Greece. With her support we obtained a grant from the Stavros Niarchos Foundation to carry out a scientific baseline study and draft a management plan for Santorini, in partnership with the Hellenic Center for Marine Research and Submon, a consulting firm established by Alex Lorrente and Manel Gazo based on their experience working at the exemplary Medes Islands protected area. After months of work we produced the required information to begin setting up the sanctuary. My friend Peter Nicolaides, who was on board the Calypso when my father Captain Cousteau visited the island in 1976 was extremely helpful throughout the entire process, and tragically has passed away last year. 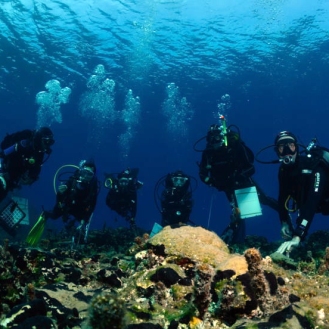 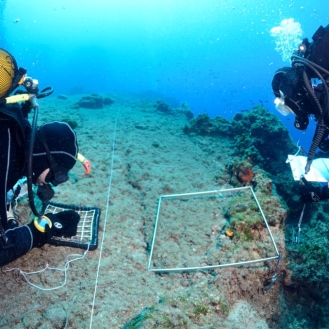 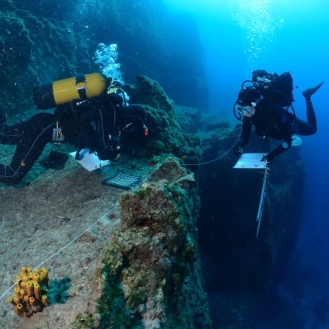 The next step was to create a local consensus. The diving centers of Santorini were very quick to adopt the project, since their business largely depends on the health of marine life and divers tend to love the ocean. Apostolos Stylianopoulos, owner of the Atlantis dive center, has been one of the most fervent defenders of the project and tirelessly continues to help make it a reality. The fishermen were soon to join as well. Under the leadership of their president Kyriakos Prekas, they signed in 2014 a unanimous agreement for the creation of the sanctuary. Realizing that MPAs also benefit fishermen by generating fish spillover, and faced with the reality of severe overfishing and livelihood risk, they are today strong proponents of the project. Sylvaine Giakoumi even organized a visit of a successful MPA in France by M. Prekas, so that he could witness first hand the effectiveness of the conservation measure.

Today, we have the fishermen, the recreational divers, and the municipality of Santorini all in agreement for the creation of the sanctuary. Local champions of the project have formed an organization to promote and manage it, under the leadership of Vangelis Paravas. Documentary filmmaker Omiros Evangelinos produced a film about this project called Guardians of the Aegean, check it out! The last missing element is for the ministry of agriculture and fisheries to recognize the effort and to deliver a legal framework for its enforcement. Each year that goes by, waiting for the Greek government to join this effort, I think of all the fish that would have already returned to Santorini if we had started the protection.

This year, once more, I am coming back to Santorini with the hope that all of our efforts will one day pay off and that we will manage to leave one place behind us better than how we found it. This time we will also be removing ghost fishing nets from the seabed in collaboration with Healthy Seas and Ghost Fishing in an effort to prevent the meaningless destruction of the sea and to demonstrate the regeneration of fishing net nylon, a circular economy endeavor. We will also be testing the first prototype of high-precision temperature sensors for Project Hermes with Brad Bazemore and Brendan Walters, two brilliant and dedicated volunteer engineers. 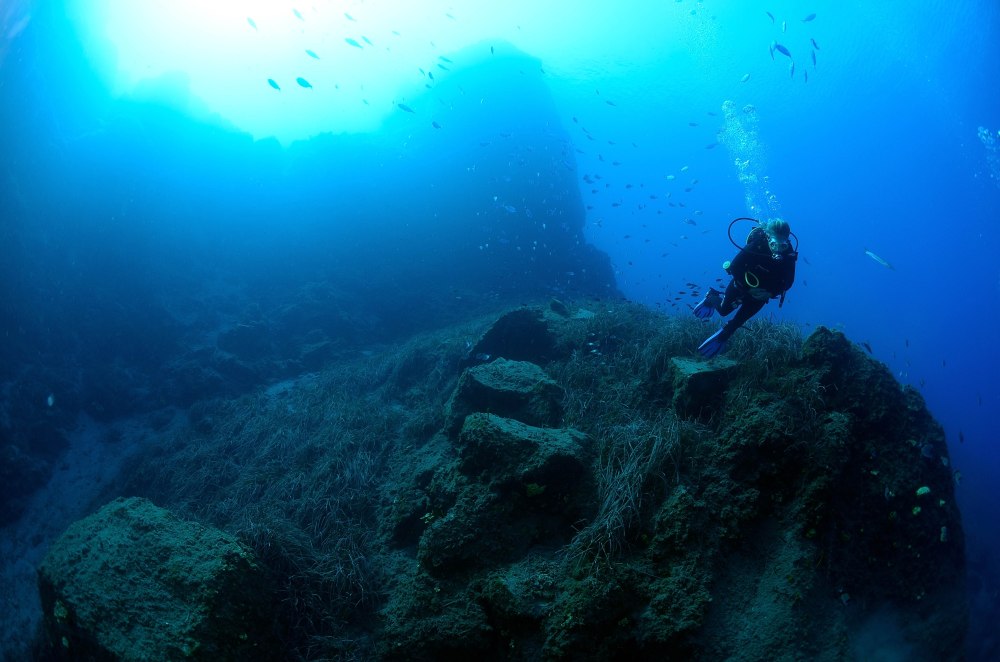 What we are trying to do in Santorini is to implement a novel concept both in conservation and in governance. It is a bottom-up approach to preserving the ocean, empowering people to have a lasting impact and to make the world a better place. If our efforts are recognized and the protection is instated, the larger work will begin, to effectively manage and protect the area, creating jobs locally and providing economic benefits while conserving the sea.

Join us on social media for updates on the project and for a live streaming of the ghost net removal dives on June 8th, for World Oceans Day.

Want to start your own Marine Protected Area project? We devised a toolbox for you.